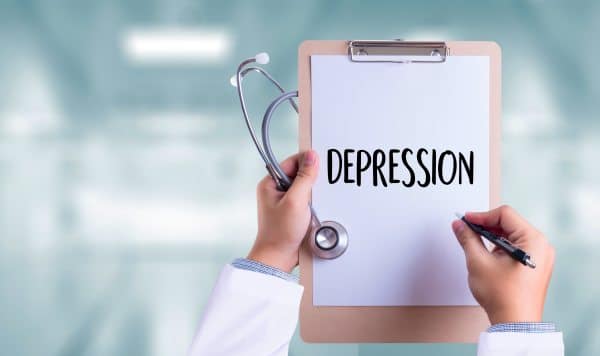 According to Eby and Eby (2009) from the Eby Research Institute, Austin, Texas, depression is a mental illness related to severe neuronal magnesium deficiency. The American Heritage Dictionary describes depression as a psychiatric disorder characterized by an inability to concentrate, insomnia, loss of appetite, feelings of extreme sadness, guilt, helplessness and hopelessness.

A depressed person suddenly loses interest in life and has feelings of extreme sadness deep inside. Depression causes grave mental anguish not only to the sufferer but to his family and loved ones as well. Trauma, estranged relationships between family members can trigger depression. It is a common mental illness which attacks millions of people in the world.

Depression can attack a person at any age. Depression is caused by stressful personal situation such as underlying disease like hepatitis C, malfunction of brain chemistry, hormonal imbalances, low cholesterol, food allergy, heavy metal deposits in the body and reaction from drugs.

there are a variety of reasons for this. The good news about depression is that it is common to be depressed for a while. The best news about depression is that it is curable. Include magnesium in your diet. Nevertheless, it must be pointed out that depression may set in because of a combination of factors, including genes, brain chemistry and psychological and environmental factors. Depression also happens when the brain messengers cannot communicate with each other properly to pass on the intended messages.

The brain is the center of our nervous system. It allows us to think and feel. Our brain controls and regulates all our body’s actions as well as reactions. The brain continuously receives sensory information and investigates, analyzes, makes decisions and determines responses. The autonomic nervous system (A.N.S) in the brain controls bodily functions such as breathing, heart rate, digestion, respiration rate, salivation, and perspiration in the body.

Our brains are protected by the thick walls of the skull and isolated from the blood stream by the blood-brain barrier. The brain is very fragile and susceptible to damage by head injuries, stroke, poison and other chemical substances acting as neurotoxins

Our brains produce certain chemicals called neurotransmitters, which are tiny molecules with the specific job of transmitting signals from one nerve to another. Neurotransmitters are crucial in proper functioning of the human brain. They function to signal the receiving neutron to send an impulse or to stop it from sending signals.

There are more than 100,000 chemical reactions that take place within a given second in the brain. These signals and their related hormones are associated with memory, intelligence, good feelings, remorse, respect to others and they act as a tranquilizer for pain. The following are some of the brain’s neurotransmitters:

An important hormone produced by the brain is endorphin. It functions like a pain killer and it is three times more powerful than morphine.

Another important chemical produced by the brain is dopamine. Its function is to regulate human pleasure, love, thought and feelings. Dopamine is found in the brain as well as in the nervous system. Its job is to control our movements, to stimulate the heart for circulation and the metabolism rate. It also controls coordination and brain activities, as well as relegates information to different parts of the brain. Dopamine releases chemicals such as endorphin that allows us to feel pleasure. If the distribution of dopamine is disrupted in the brain, it affects our emotion and our expression of emotion.

Magnesium deficiency disrupts the biochemical function in the human body especially the nervous system. Studies (George Eby Research Institute, 2006) indicate that magnesium – rather than pharmaceuticals – is the best treatment for patients suffering from major depression. Magnesium is involved in hundreds of biochemical reactions in the body (Bliss, 2004). It is safe and has no side effects. Magnesium boosts our energy and helps us to relax and function better. Magnesium is the second most common mineral for the control of human nervous and muscle contraction (Sircus, 2007). A study by Brar et al. (2009) found that stress hormones depleted magnesium and caused damage to the body. However, patients had been known to recover from major depression using magnesium for treatment.

This mineral helped participants to recover from traumatic brain injuries, headaches, suicidal thoughts, anxiety and postpartum depression (Eby & Eby, 2006). Considering the varied functions of magnesium, it is not surprising, therefore, that its depletion can lead to a nervous breakdown, including major depression. Magnesium is considered by researchers as the most effective natural antidepressant.

See what Eby & Eby, 2006) says: “Magnesium deficiency is well known to produce neuropathologies. Only 16% of the magnesium found in whole wheat remains in refined flour, and magnesium has been removed from most drinking water supplies, setting a stage for human magnesium deficiency.”

Magnesium regulates the flow of calcium ions in neuronal calcium channels, thus helping to regulate neuronal nitric oxide production. In magnesium deficiency, neuronal requirements for magnesium may not be met, causing neuronal damage which could manifest as depression. Magnesium treatment is hypothesized to be effective in treating major depression resulting from intraneuronal magnesium deficits.

These magnesium ion neuronal deficits may be induced by stress hormones, excessive dietary calcium as well as dietary deficiencies of magnesium. Eby and Eby, (2006) reported that “rapid recovery (less than 7 days) from major depression was achieved using 125-300 mg of magnesium (as glycinate and taurinate) with each meal and at bedtime. Dietary deficiencies of magnesium, coupled with excess calcium and stress, may cause many cases of other related symptoms including agitation, anxiety, irritability, confusion, asthenia, sleeplessness, headache, delirium, hallucinations and hyper-excitability, with each of these having been previously documented.

The possibility that magnesium deficiency is the cause of most major depression and related mental health problems including IQ loss and addiction is enormously important to public health. As such, this is a subject recommended for immediate further study.” In Diverse Applications of Magnesium Therapy, Durlach et, al. found in their clinical and open trials various symptoms of magnesium deficiency.